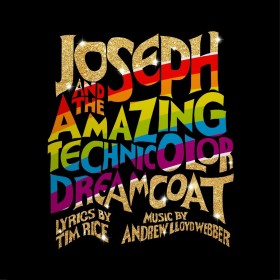 Parents of the 70+ students involved in the return of much anticipated Cheltenham Bournside School Production, will know that they have been busy auditioning, and now preparing to amaze audiences in March, with their performance of Joseph and the Amazing Technicolour Dreamcoat.

Joseph and the Amazing Technicolour Dreamcoat is one of the world's most beloved family musicals. The multi award winning show's original music was written by Andrew Lloyd-Webber and Tim Rice and has been performed hundreds of thousands of times, including multiple runs in the West End and on Broadway, and now by our fantastic students.

Rehearsals have been taking place after school twice a week. Students from Year 7 through to Year 13 have been assigned their roles on stage across a wide range of lead, cameo and ensemble roles in the show, whilst others have opted for important technical roles backstage, including set and costume design, music, makeup and lighting.

Matt Cutress, Head of Music, said, “We as a production team are incredibly pleased with the positive response we’ve had to the return of the school production from students, staff and parents. It has been a joy to hold rehearsals again and the students are really getting in to the swing of what is going to be a fabulous show. The School Production is a fantastic team exercise and every student understands that every role is crucial to the final performance.”

Tickets cost £7 for adults and £6 for students and concessions. Please purchase in advance via School Gateway. A limited number of tickets (first come, first served) will be available to purchase on the night.