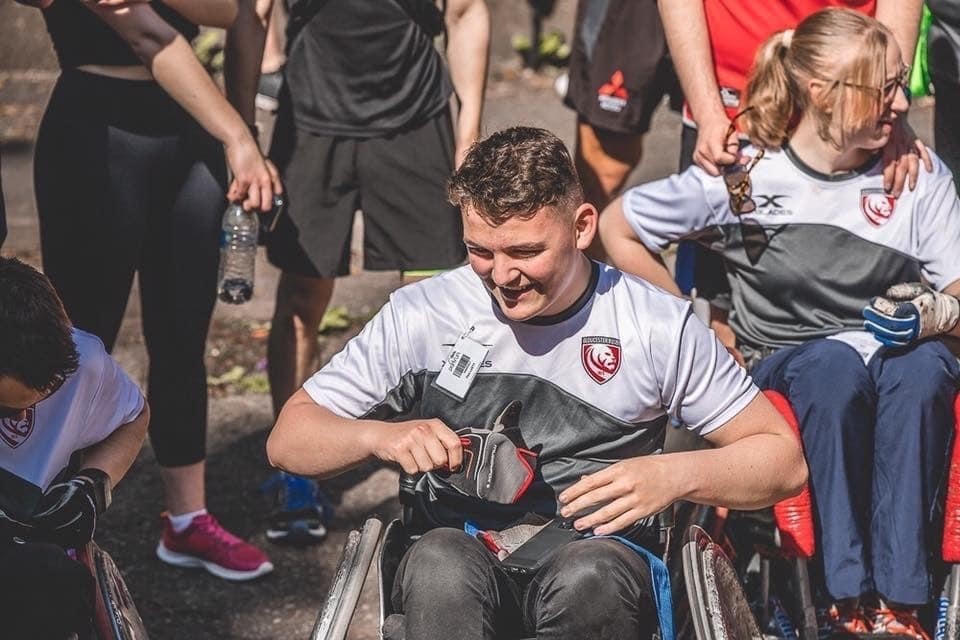 Year 13 student Finn Lusty, 18, has been invited to train with the Great Britain Wheelchair Rugby (GBWR) training squad after being put forward for the trial by his team at Gloucester Rugby Club.

Finn, who has played for the Gloucester Wheelchair Rugby Club for four years, said, "It was brilliant to be able to focus on rugby for three days with the elite training squad. The camp was on top of a hill in the middle of nowhere, with no signal or WiFi so we were really able to focus on the game. The trial involved 6 hours of training and I now hope to taper into the team as I gain more experience."

"In the future, I'd love to compete with the GBWR team and to win Olympic medals, but I'd also like to bring more eyes to the sport and make it mainstream. For far too long, disability sports have been looked down upon and it is very demeaning. I believe that the Paralympics and Olympics should be held in the same regard and respected in the same way too. I'd also like to be the first wheelchair rugby player to have corporate sponsorship, opening up that opportunity for athletes in the sport."

Kevin Warren, Head of Sixth Form said, "I'm delighted to see Finn excelling in his chosen sport and taking full advantage of this opportunity. Finn is brilliantly determined and resilient in all he does both in and outside of school and we are all very proud of him. Congratulations!"

Wheelchair Rugby was introduced to the Paralympic programme as a test event at Atlanta 1996 and the ParalympicsGB team has competed at every Games since, making history as the first ever European nation to win a Paralympic wheelchair rugby medal at Tokyo 2021 - and it was gold! Having claimed victory in the last three consecutive European Championships, the team have been awarded the hosting rights for the 2023 Wheelchair Rugby European Championship Division A Tournament. The event will act as a qualifier for Paris 2024.